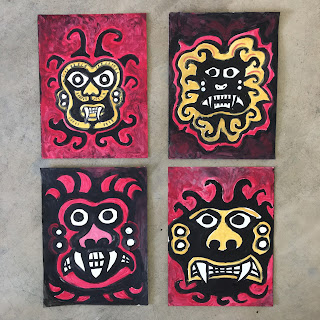 Every Common Thread single purchased comes with a collectible signed, hand painted, one of a kind original Moche Decapitator logo graphic (12'x18') along with your very own CD quality copy. I will send it to you in the mail along with some stickers!
Visit Bandcamp to get yours today!

Planting Trees Instead of Dropping NFTs 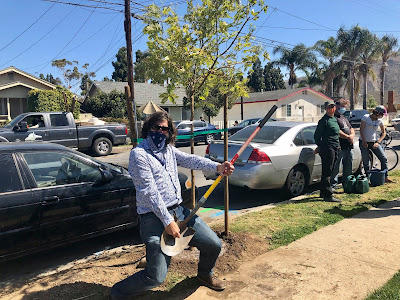 I've decided that planting trees is more important than dropping NFTs so I picked up a shovel and am volunteering my time to make my westside community more green.  Join me Saturday April 24th in the morning to help plant some more, and then rock out in the afternoon with my new band at Art City. 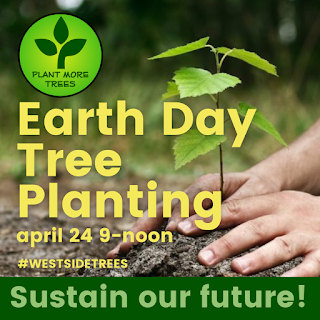 Follow me on facebook for more details, or I'll see you at Art City, 2pm!
Read the Press Release
at April 19, 2021 No comments:

One of a Kind Features Philly Rhythm Section 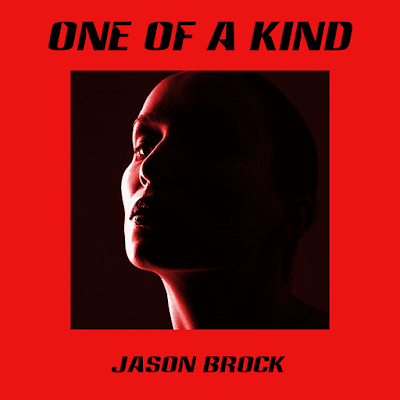 There’s nothing like a good blues rock riff to get the adrenaline flowing, the body moving, and good times rolling.  It’s that classic Stratocaster tone with a Gretsch humbucker bite on the edges of a swinging bass and drum backbeat that will make anyone want to relive their rock and roll fantasy, even if it’s only for three minutes in the living room with the stereo turned up to eleven.  That’s what guitarist Jason Brock aimed for with his new single “One of a Kind.”  A song that turns heads, a song that makes you not care if it’s too loud for the neighbors.  Who cares?  It’s rock and roll.  It’s breaking rules. It’s nostalgia. And it’s good for the soul.
“When I wrote the riff,” says Brock, “I felt it in my bones.”  He continues, “My jaw dropped, like when a beautiful woman walks into the room.  You know, that kind of woman that stops the conversation. Silence. Powerful and alluring.  That’s what this song is about. It’s about the blues of a black magic woman.”  He adds, “I had to write Dave Uosikkinen straight away, and ask him if he’d add his drums to it.  I’m so glad he said yes!”
Dave recorded his drums tracks at DaveUDrums.com, his Philadelphia studio, and pulled in long time friend and veteran rock star Kenny Aaronson to play Bass.  “I used the Glyn Johns approach to the drum track,” Dave explained, “I wanted you to feel like you were in the room with us when you listened.  And I knew that Kenny would bring it all home.  He always does.”
One of a Kind is the first single of 2021 for Brock, who plans to release a track a month until an album can be produced.  “Hopefully we’ll get to play this one live soon,” Brock adds, “It’ll be such a great feeling to get back on the stage and rip this one out in front of an energetic crowd.”
Available across all major online distribution platforms. 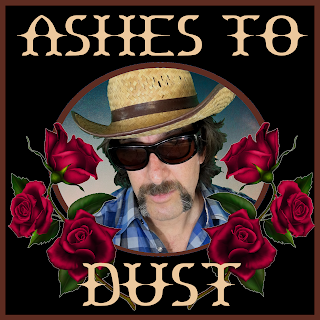 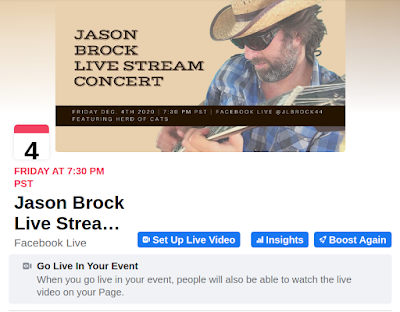 Jason's new single is being officially released on December 3rd, his birthday, and Brock is using online platforms to connect with fans, friends and family from the safety of their own homes. The vehicle is music, the goal is engagement. The virtual concert will take place on Friday December 4th at 7:30 pm PST. live with local Ventura musicians from Heard of Cats.

“For this show I’ve put together a new band,” says Brock, “and the rehearsals are sounding great.” The band, Heard of Cats, features Ventura local musicians Lance Charles, Doug Chandler, George Clig, and Art CItizen Joe Davis. The band also features Jacqueline Moore of Maya Lumen. “Having Jacqueline on bass really adds a flavor to the sound that we’ve been missing,” states Brock, It’s great to have her in the mix.”

Come to the show in your sweats, or while you're making dinner.  It's live and it's streaming on Jason Brock's music channel.

Listen to the first episode of my new blog  The Hook, featuring an interview with the band I'm performing with December 4th on Facebook Live.